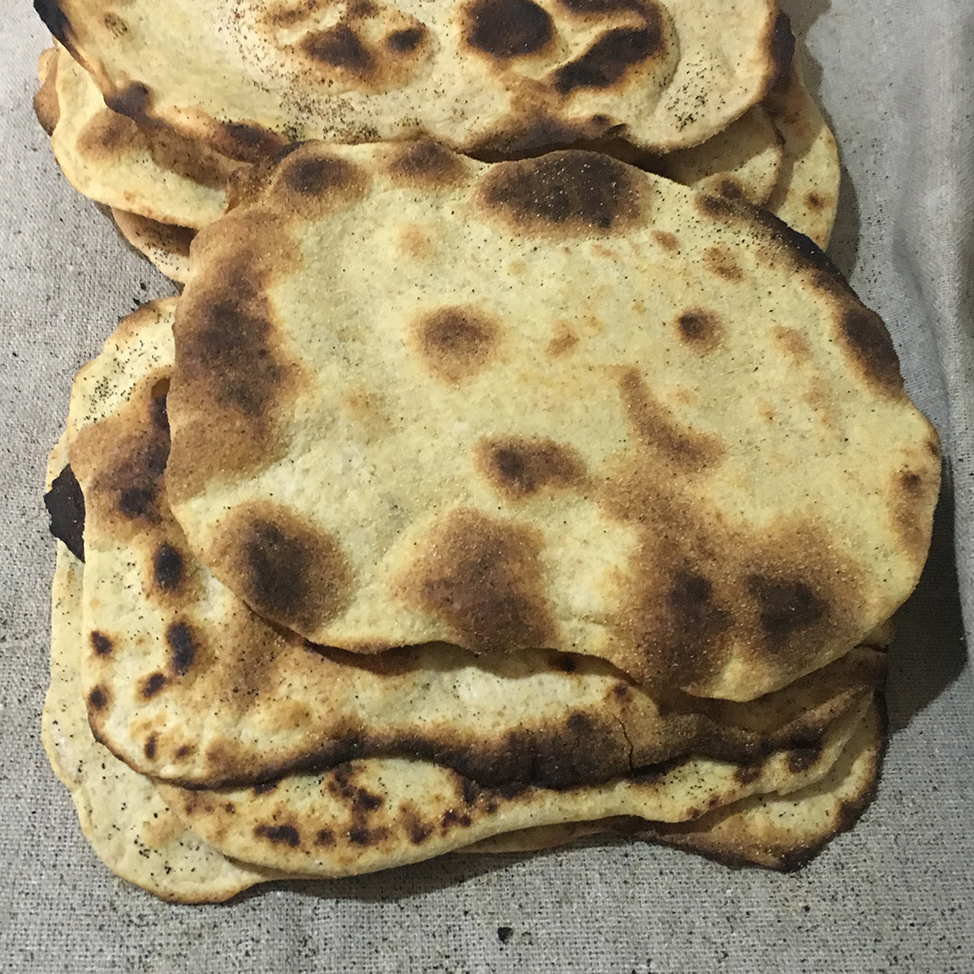 This is a pretty simple flour tortilla recipe which uses butter instead of lard or shortening. It’s a recipe directly out of Peter Reinhart’s Crust and Crumb. He’s written a quite a few books, but Crust and Crumb alongside his Bread Baker’s Apprentice have consistently given me amazing bread.

This recipe is really simple in the sense that it doesn’t use any preferment. The only lag time between “oh, I want some tortillas!” and starting the recipe is waiting for the butter to get to room temperature.

You can use any type of flour in the recipe, you can throw any spices in the dough, you can mix up vegetables and herbs in the dough, honestly you can do anything with it. I make garlic bread out of this recipe a lot.

For the actual baking of the tortillas, I use my baking steel, which is one of my favorite purchases of the last few years (all the shoes included!). It only takes 60 to 90 seconds per side, per tortilla. You could also make these using a cast iron pan, if you don’t want to wait for the oven to preheat.

Butter coated in flour and salt

After mixing in the hot water, 2 tbsp of garlic powder and 1 tbsp of paprika 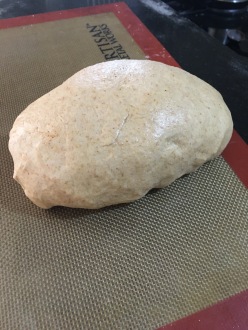 After 3 minutes in a stand mixer with the dough hook

Coated with canola spray, and covered to sit for 30 minutes. 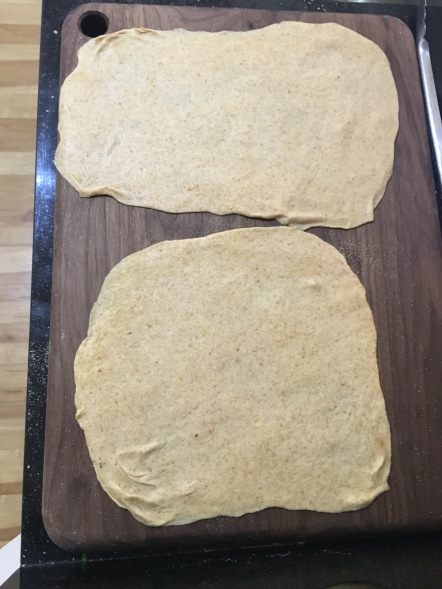 After 16 individual bakes in the oven 🙂

The completed tortillas can last up to a couple days covered in towels sitting outside, or I’ve been told you can bag and freeze them, but they never last that long for me.

I’ve tried some different variations of flour on this recipe, even the worst of which has been pretty good. My preferred is anything with mostly bread flour, since it gets a good consistency throughout the tortilla, where as something whole wheat heavy turns into crispy wafers with air in the middle. A general overview from my testing: