If you want to cut to the chase, I have the recipes for the pastry dough and pastry cream on my cooking Trello board.

A week and 1.5 seasons into a Great British Baking Show binge, I had to try choux. Choux pastry is a light dough that can be shaped any way and bakes into a hollow shell for any sort of filling.

The second I considered making the dough I started picturing cream puffs in my head. To make those, I needed to make two things: The dough itself, and the cream filling.

I was hoping to temper some chocolate and dip the puffs in there too, but that optional step was cut fairly early on.

For both parts, there’s a step-by-step image gallery with captions, followed by the ingredients and directions.

I’ve made quite a bit of bread and pastries before, but this is a weird one. With most dough the goal is a big strong gluten network, but here we’re looking for something that quickly puffs up and hollows, so we need to go through some extra steps both now and when baking it.

Butter, water, and salt in the pan. 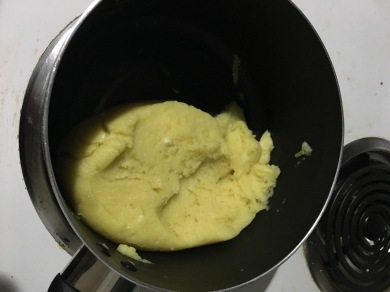 After mixing and cooking the flour 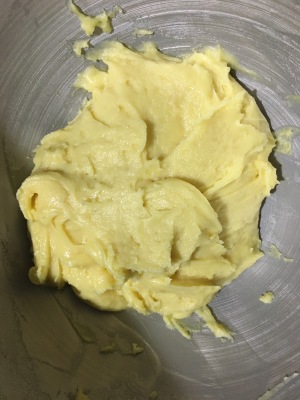 Dough, after incorporating the eggs 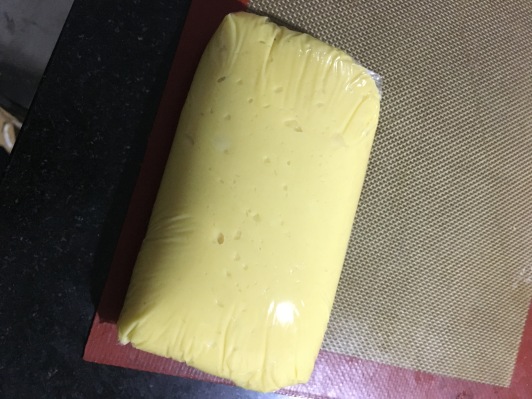 After a liberal egg wash

First stage of the bake 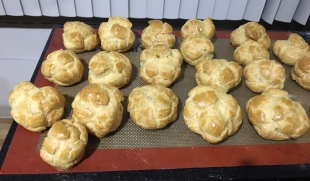 At this point you should have a collection of beautiful, crispy, hollow pastries. Now to fill them with something!

The base recipe I went off for the cream was in metric, so excuse the weird sugar measurements.

I added in half a tablespoon of orange blossom extract at the end too, which was a bit too powerful. I didn’t take too many pictures of the steps because I was getting pretty tired.

Cornstarch, flour, and half the sugar 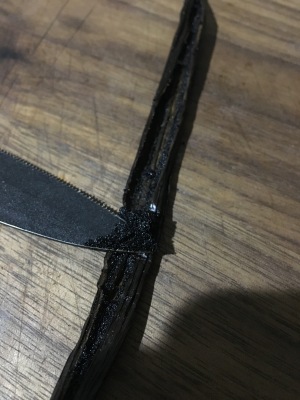 Piping bag placed over a tall cup to help with filling

Ok I might’ve overfilled them

Wow. That is a lot of steps. Honestly, since most of it is in bits and pieces it’s not too bad. And you can make the cream way ahead of time, so it doesn’t need to be two recipes at once.

I really liked my cream puffs. The recipe made 26 cream puffs, which felt like a good yield for the effort involved. Next time I’m going to pipe out some eclairs, and maybe muster up the energy to throw some chocolate on there too.